Photo from the New York Times 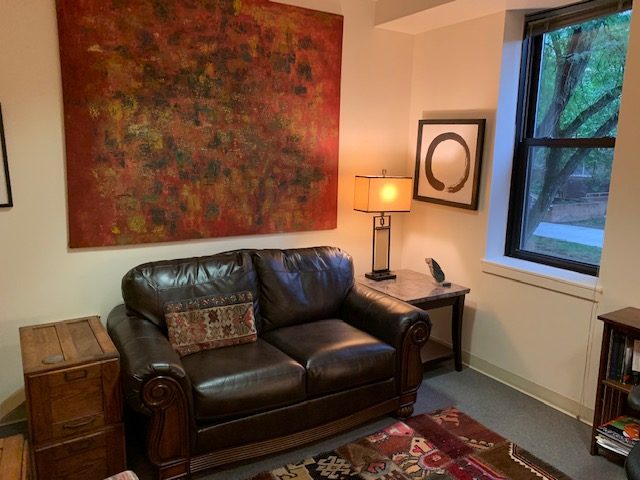 Dr. Gartner has been a practicing psychotherapist in Baltimore for 35 years. He specializes in treating borderline personality disorder, bipolar disorder, depression, and providing therapy/executive coaching with entrepreneurs.

Dr. Gartner began his work with Borderline Personality Disorder (BPD) in 1987, after completing a post-doctoral fellowship at New York Hospital-Cornell University Medical Center, under the auspices of Dr. Otto Kernberg, noted authority in the field of BPD who helped define the disorder. He has integrated that approach with Marsha Linehan’s Dialectical Behavior Therapy (DBT), with a focus on mindfulness meditation as the core skill that underlies all the other DBT skills.

Dr. Gartner treats people at all levels of the bipolar spectrum from the classic manic depressive with a history of hospitalizations, to the high functioning hypomanic CEO who can’t manage his or her impulses despite their great talents. He has a sub-specialty in working with creative hypomanics, especially entrepreneurs.

Dr. Gartner is an esteemed teacher. As an assistant professor of psychiatry at Johns Hopkins University Medical School in Baltimore for 28 years, he taught general psychotherapy and treatment of Borderline Personality Disorder to many generations of psychiatric residents. He has given dozens of talks and workshops for therapists in the community learning to treat borderline personality disorder. He has also given scores of talks to entrepreneurs, venture capitalists and business schools.

Because of his book, The Hypomanic Edge: The Link Between (a Little) Craziness and (a lot of) Success in America, Dr. Gartner is one of the most recognized names in the world in the study of hypomania.

This mildly manic temperament can be found among the most creative, charismatic, high functioning movers and shakers in many fields, and Dr. Gartner has suggested it has played a role in defining the American temperament because as a nation of immigrants we have selectively attracted the most driven, energetic ambitious, risk takers from everywhere else on the planet. Because these are genetically based traits, America is a massive natural experiment with a gene pool skewed towards hypomania.

Named one of the 100 most notable new ideas in the world in 2005 by The New York Times Magazine in their “Year in Ideas” issue, The Hypomanic Edge and Dr. Gartner have been featured in the New York Times, The Washington Post, Wall Street Journal, Newsweek, Forbes, Inc. Entrepreneur, Worth, and Slate (see links below).

His second book, In Search of Bill Clinton: A Psychological Biography was named by Booklist, official publication of the American Library Association, as one of the best biographies of 2008. In that book, Dr. Gartner coined a new term, psycho-journalism, for his innovative method of combining investigative journalism with psychological expertise. Dr. Gartner examined Clinton’s childhood and his hypomania to explain the mystery that is Bill Clinton.

He has appeared on ABC News, MSNBC, CNN, Fox, Comedy Central and NPR.

Interested in working with Dr. Gartner? Reach out today »