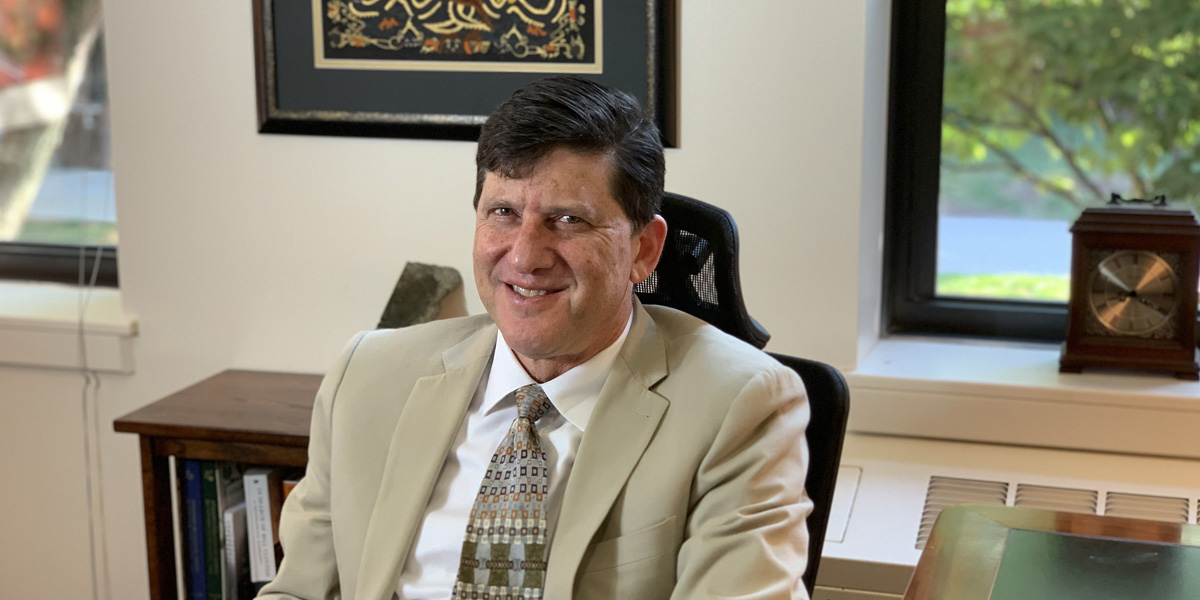 Welcome to the website for Baltimore Psychologist, John Gartner, Ph.D.

It’s hard to pick a therapist from a website, which is why I’ve made this informational video to introduce myself and how I work to help you decide if I’m the right therapist for you.

If you are seeking treatment in the Baltimore area for borderline personality disorder, bipolar disorder, or depression—or if you are an entrepreneur—you might want to consider seeing a doctor who specializes in these areas, as I do.

Originally trained in the psychoanalytic tradition, I’ve always maintained a commitment to eclecticism—using what works. We now have thousands of studies that show meditation is as effective as medication and therapy for every disorder we treat, yet unlike medication there are no side effects, and unlike therapy it’s free, as I explain in this interview in Psychology Today.

Adding mindfulness meditation to my practice has been transformative. It’s made me love my job far more because working with people who are getting better and growing makes a therapist look forward to coming to work in the morning.

Feel free to call me with any questions about my Baltimore therapy practice.

More about my therapy services » 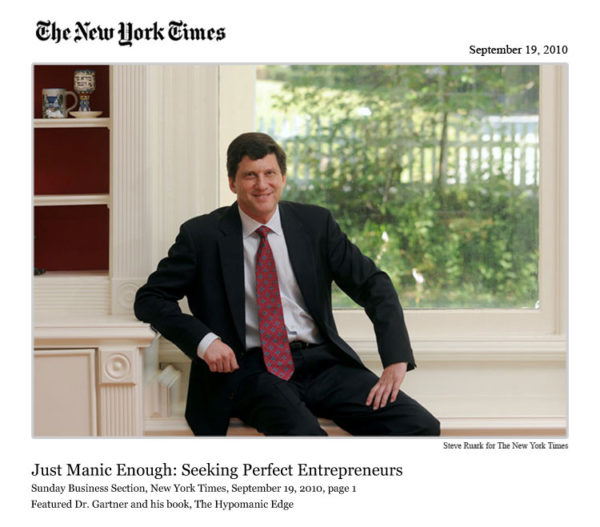 Dr. Gartner has been a practicing psychologist in Baltimore for thirty five years, specializing in therapy with Borderline Personality Disorder, Bipolar Disorder, and Depression, and therapy/executive coaching with Entrepreneurs.

An esteemed professor, he taught psychotherapy and treatment of borderline personality disorder to psychiatric residents at Johns Hopkins University Medical School for 28 years.

An internationally recognized expert on hypomania, his book, The Hypomanic Edge: The Link Between (a Little) Craziness and (a Lot of) Success in America was named one of the 100 most notable new ideas in the world in 2005 by The New York Times Magazine in their “Year in Ideas” issue. His psycho-biography of Bill Clinton, focusing on the former president’s hypomania, was named one of the best biographies of 2008 by Booklist. Dr. Gartner has written for Psychology Today, The Washington Post, Chicago-Sun Times, Baltimore Sun, USA Today, New York Daily News, Worth, Salon, Huffington Post, Politico, The New Republic and Talk as well as numerous scholarly journals.

Dr. Gartner and his work have been featured in in the New York Times, The Washington Post, Wall Street Journal, Newsweek, Forbes, Inc. Entrepreneur, Worth, and Slate, and Johns Hopkins Magazine (see links below) and he has appeared on ABC News, MSNBC, CNN, Fox News, Comedy Central and NPR.